Photoshop now native to M1 silicon Macs. How to switch between native mode and Rosetta.

Yesterday, March 10, 2021, Adobe released Photoshop version 22.3 to the public.  I haven’t gone through the entire release notes, but this update seems to be a relatively minor update in the grand scheme of things.  Except for 1 major new feature.  Photoshop is now compatible with M1 silicon Macs as a universal app.  That means Photoshop can run natively on both Intel and M1 Macs!

Up until now, if you wanted to run Photoshop on your M1 Mac you would have to emulate the software using Rosetta 2.  This has not been a big deal for me.  I’ve been using Photoshop and Lightroom Classic on my M1 Mac through Rosetta 2 and I haven’t noticed a difference.  Running an app through Rosetta is seamless and note really noticeable at all.  Rosetta runs in the background and most users won’t notice any difference at all.  In fact, Photoshop seems just as fast as on my spec’d out 2017 iMac.  However, things can get even faster with native apps! It’s exciting to see a staple Adobe product get this upgrade as Adobe claims the app will run 1.5x faster on a M1 Mac now that it’s native.

One caveat to the new version is that if you run the app in native mode, there are differences in features.  In other words, some things aren’t going to work.  Things like:

If any of these features are important to you, you’ll want to run Photoshop 22.3 using Rosetta 2.

None of those features are important to me, but there is another limitation to Photoshop 22.3 when run in native mode on a M1 Mac.  My legacy extentions don’t work.  If you use actions panels such as Raya Pro or TK Actions, those panels are not going to be available to you.  I personally rely on these panels as a part of my workflow so it’s a bummer to see them not work.  Adobe now calls them “Legacy” extensions so maybe they’re getting phased out anyways in favor of Adobe’s marketplace in the Creative Cloud app?  In any case, since I want to continue using these panels, I will be running Photoshop 22.3 using Rosetta 2 for the time being.

If you use any of legacy extensions or would miss those other features above, you might want to run Photoshop using Rosetta 2 also.

But how do you switch between native and Rosetta 2?  This might be obvious for some.  I’ve read many news articles mentioning that this can be done, but not a single one explaining how.  Adobe’s and Apple’s websites were no help either.  So I hit up Google and found surprisingly little information other than a random comment in a forum.

It’s actually super easy!  So for those who don’t know how to switch between running Photoshop 22.3 in native mode or Rosetta 2 mode, here is how.

How to switch between native M1 Silicon and Rosetta 2. 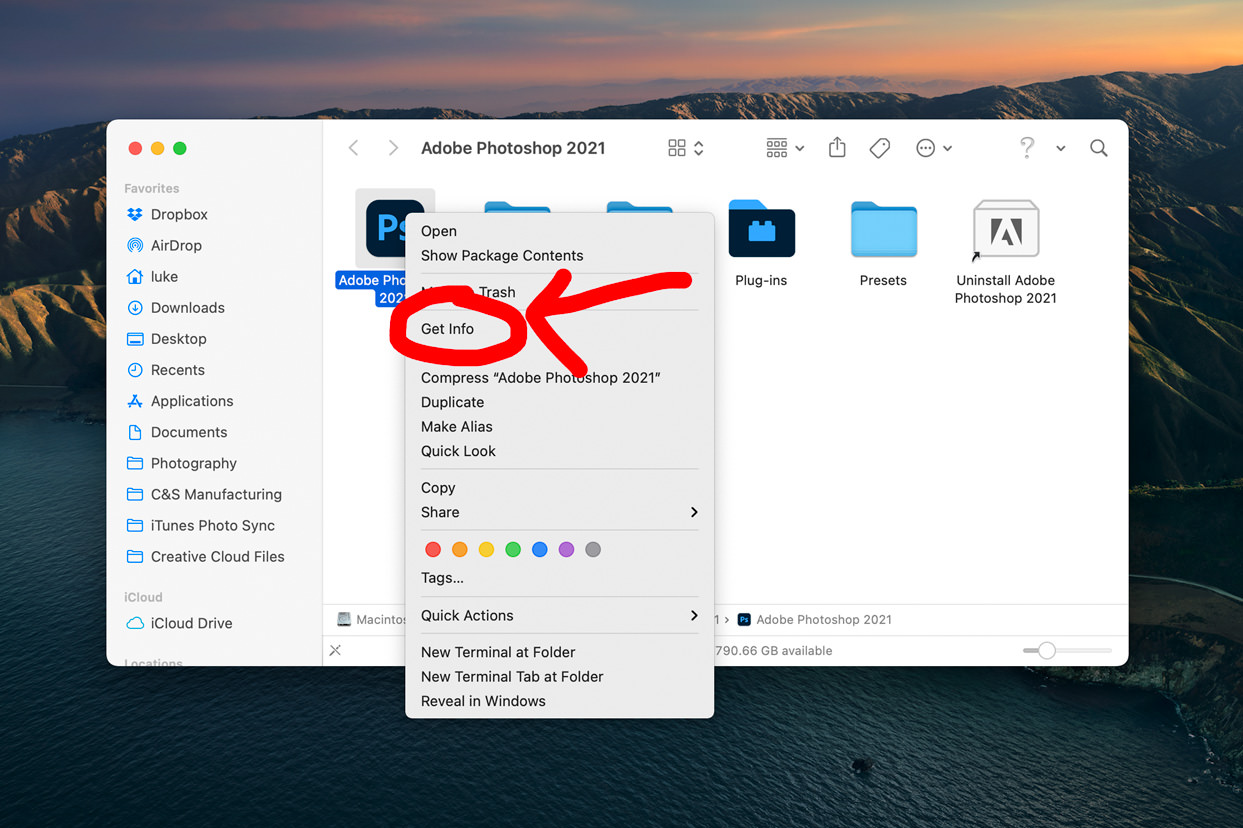 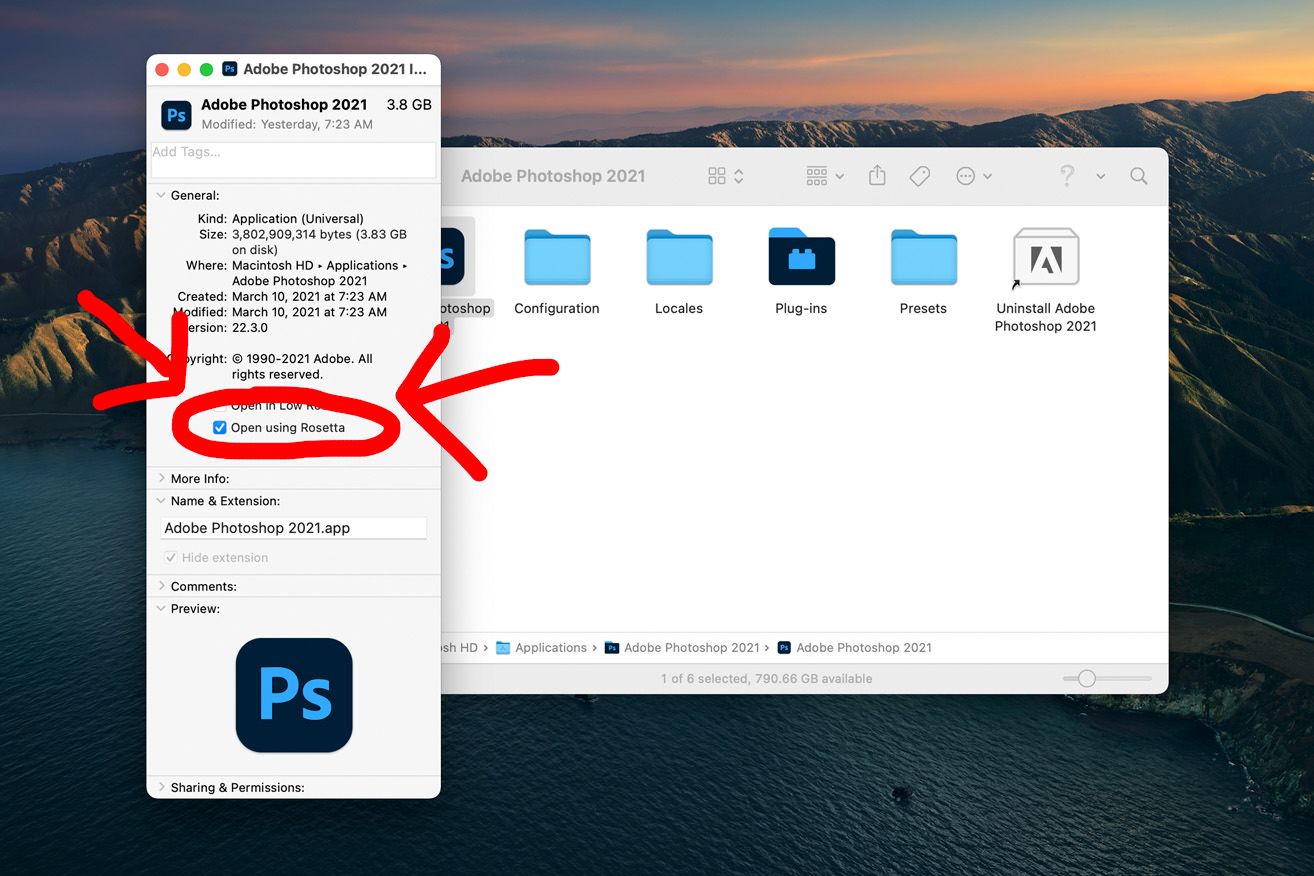 That’s it!  It’s really simple!  You can use this to switch back and forth between M1 native and Intel versions of universal applications.

I don’t know why this info was so difficult for me to find.  Oh well,  I hope this helps others too!